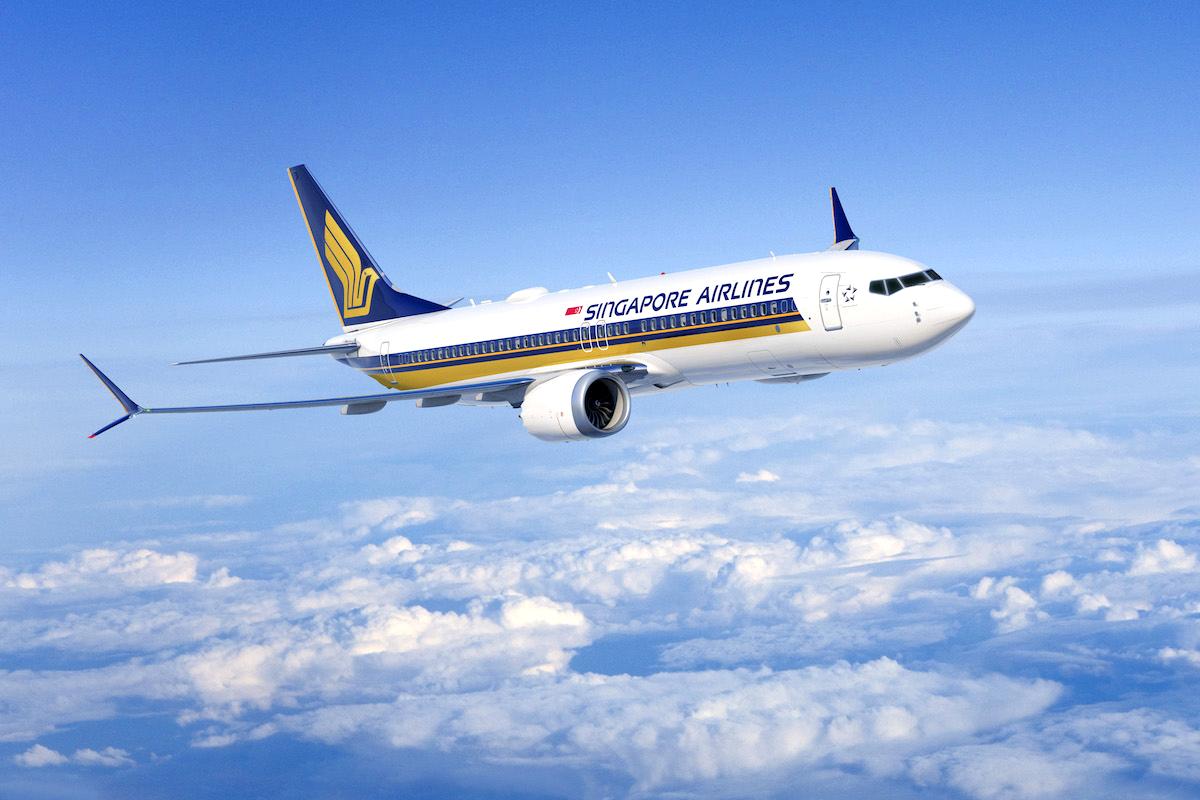 In mid-2018 it was revealed that Singapore Airlines and SilkAir would merge. As part of this, it was also decided that SilkAir’s planes would get upgraded inflight products, to better match the quality of what’s offered by Singapore Airlines.

That merger was officially completed in early 2021, at which point Singapore Airlines began directly flying 737s. Service initially began with former SilkAir 737-800s, given that the 737 MAX 8s were still grounded. Now that 737 MAXs can fly once again, Singapore Airlines has revealed the brand new cabins that are being installed on Boeing 737 MAX aircraft (these won’t be installed on 737-800s). The airline has 37 of these on order, six of which have already joined the fleet.

Singapore Airlines has now revealed the business class and economy class cabins we can expect on Boeing 737 MAX aircraft going forward. It’s stated that the airline has spent 230 million SGD on the development of this new product, so that’s quite an investment.

The planes will feature a total of 154 seats, including 10 business class seats and 144 economy class seats. We can expect these planes to enter service in the coming weeks, with flights initially scheduled to Brunei, Cambodia, Indonesia, Malaysia, Maldives, Nepal, and Thailand. 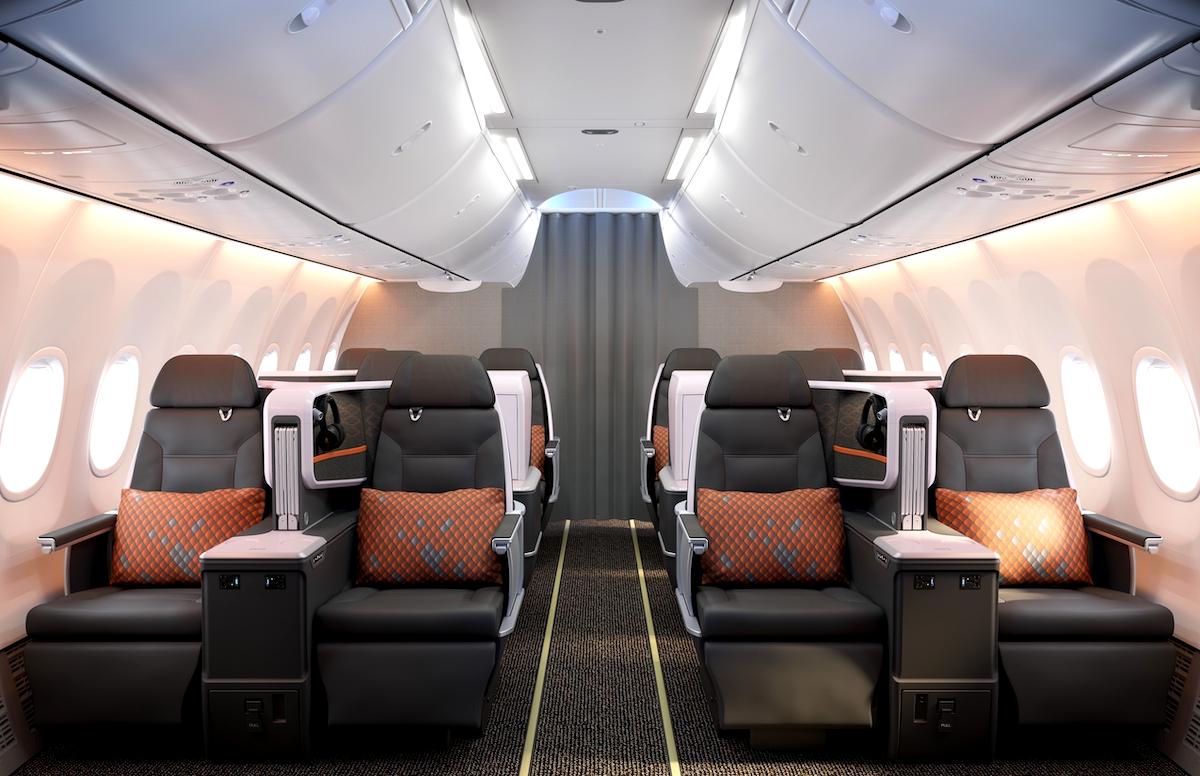 The airline has selected the Thompson Aero staggered configuration for the plane, with plenty of customization. Seats will have up to 22″ of width, and will turn into a 76″ flat bed. Each seat will feature AC charging plus two USB outlets, a 16″ personal television with a touchscreen monitor, a reading light with adjustable brightness, and ample storage.

Most customers will be seated in the comfortable 2-2 configuration, which is a pretty standard flat bed business class product for a narrow body. 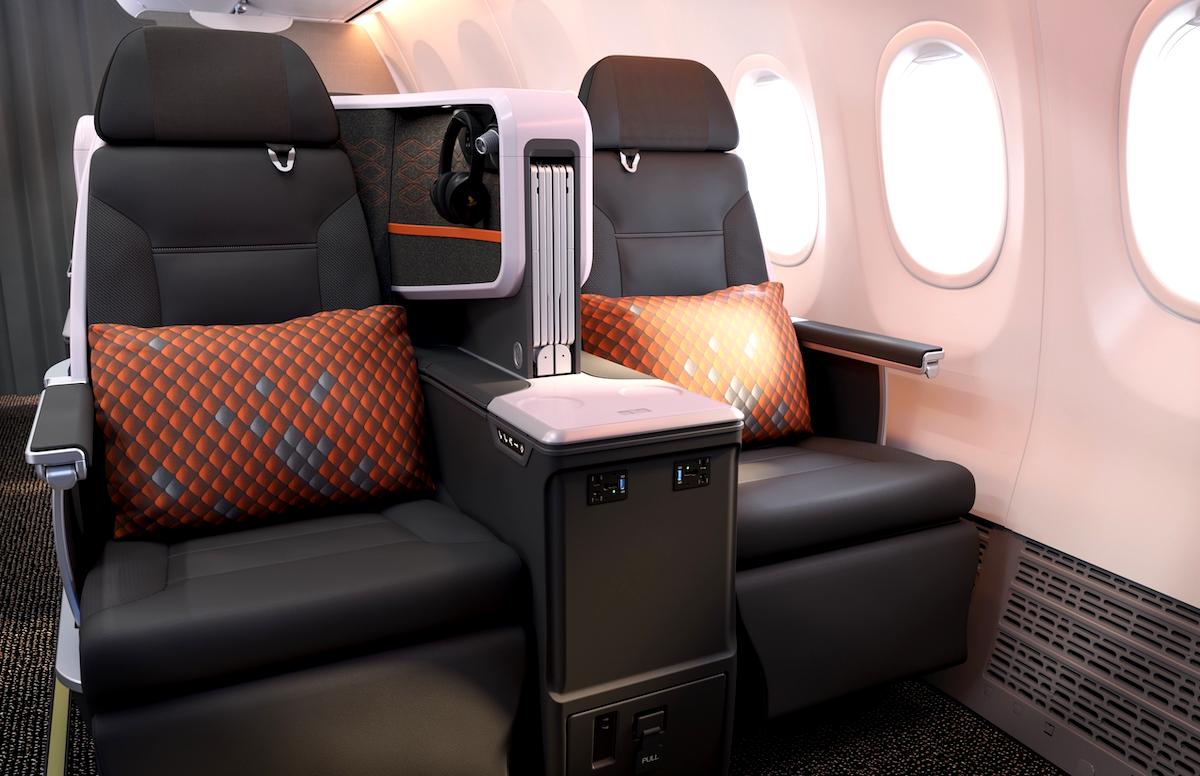 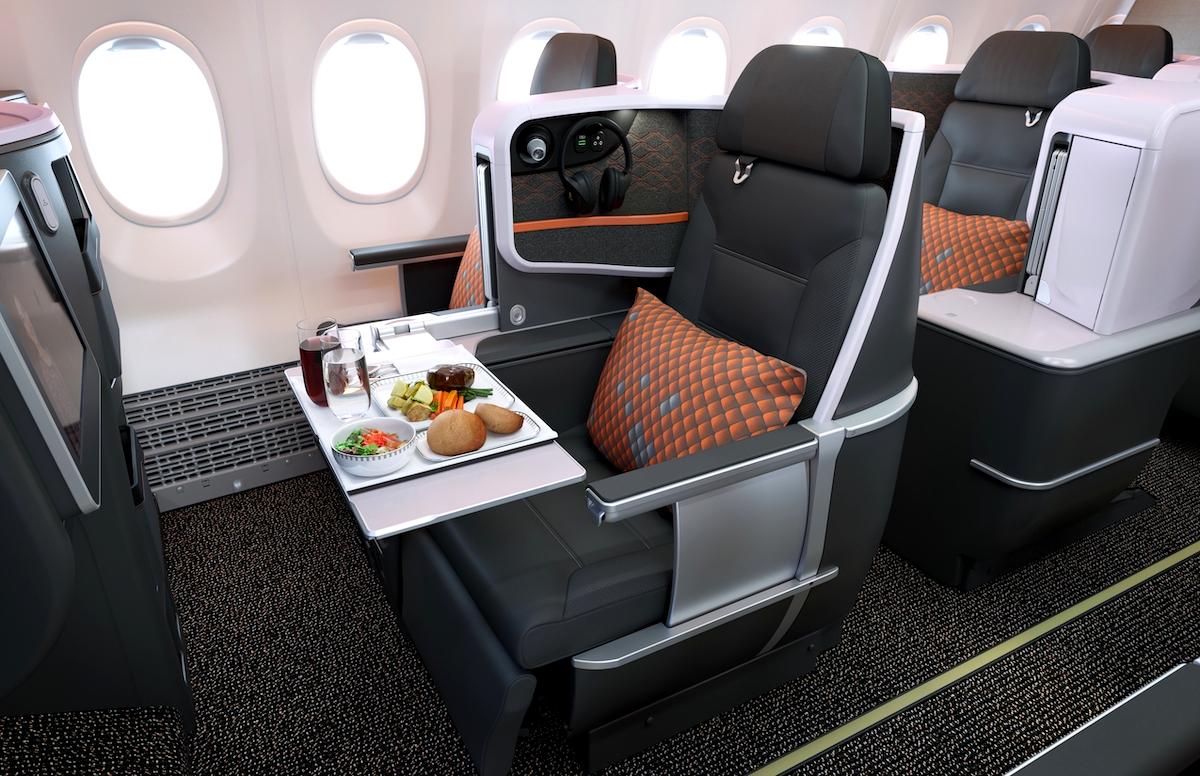 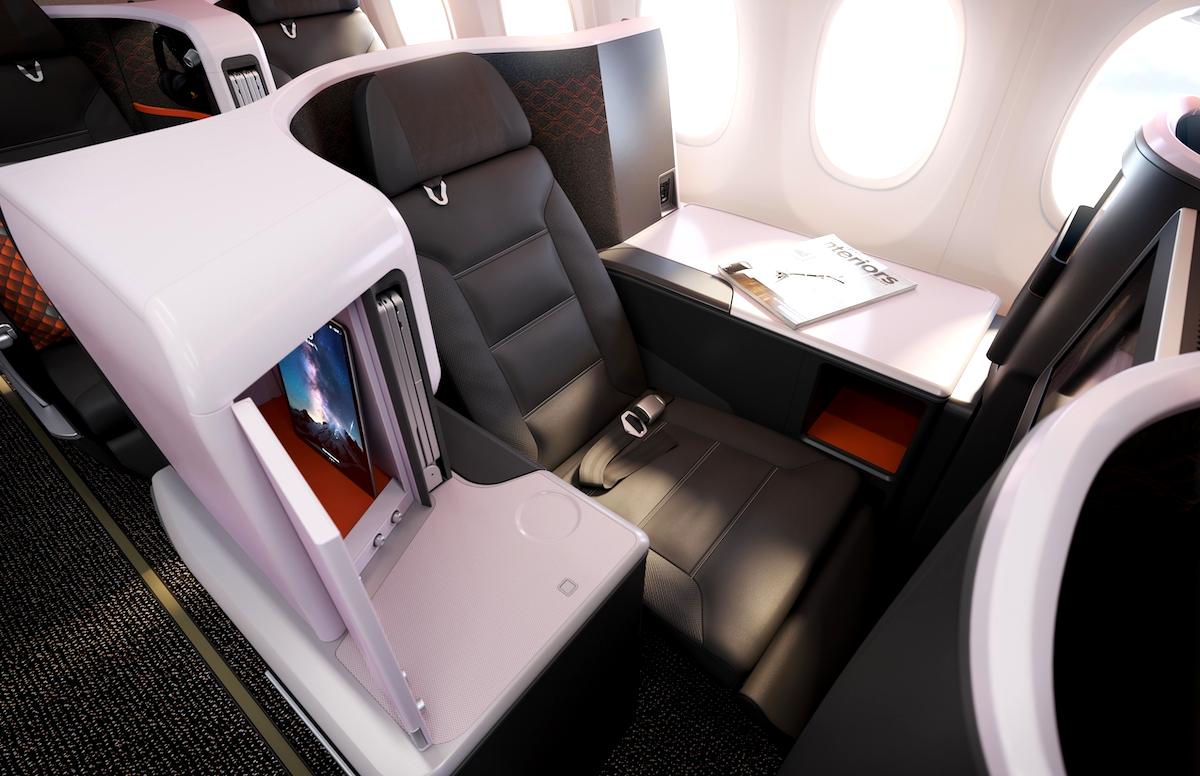 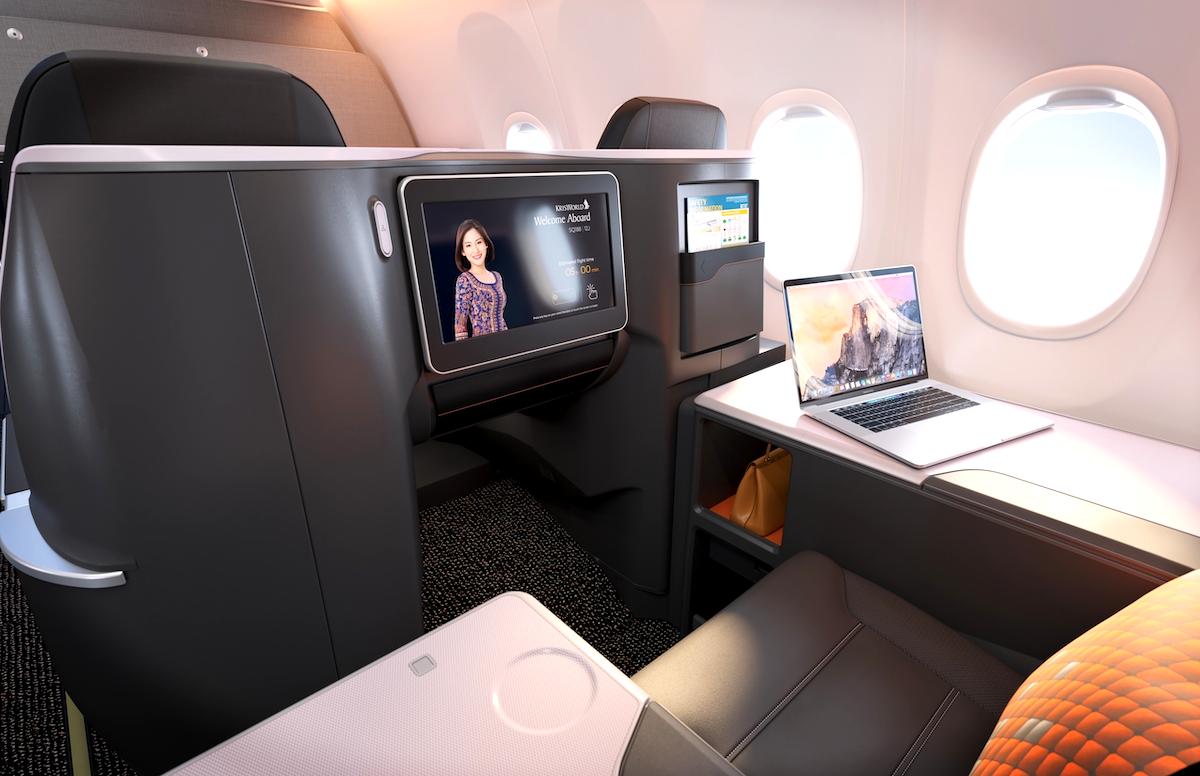 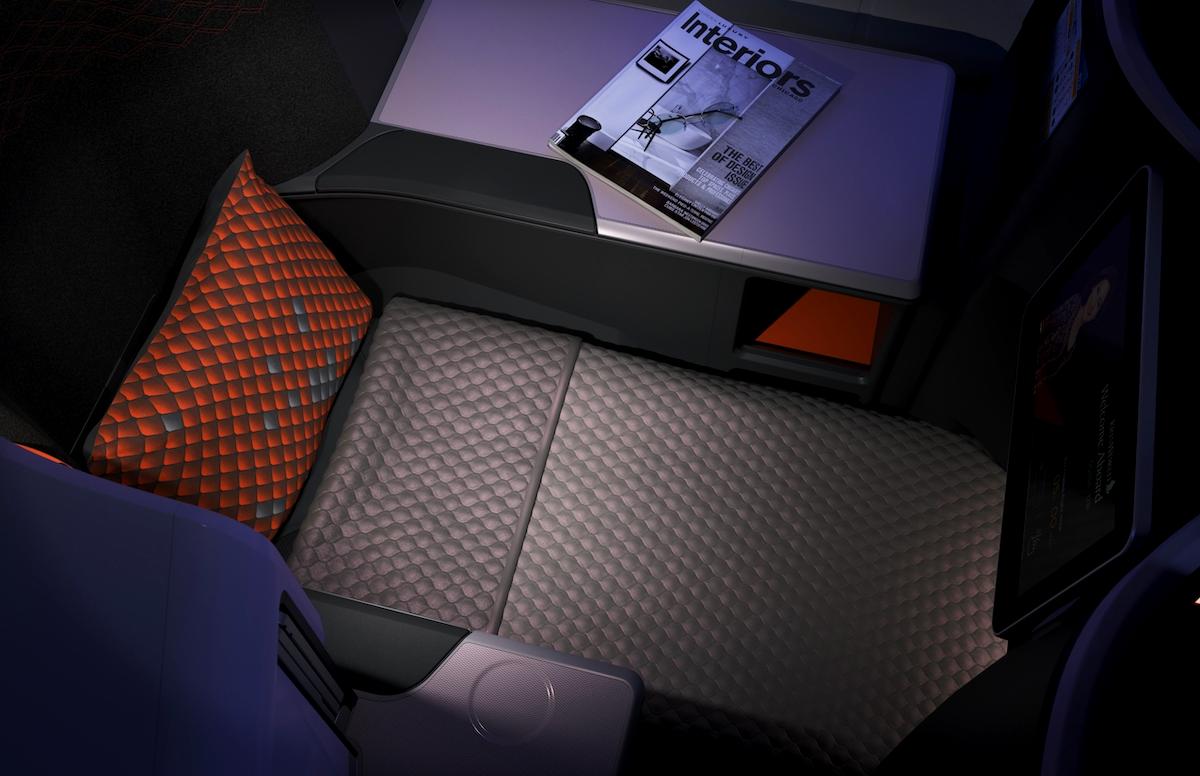 The general layout here is very similar to what you’ll find on most narrow body planes offering fully flat beds, including airlines like Aer Lingus, JetBlue, and TAP Air Portugal. Up until now we’ve mostly seen these products on Airbus A320 family aircraft, so it’s cool to see this concept on a Boeing 737 family aircraft (FlyDubai was the first airline to install these kinds of seats on 737s).

Economy class seats are designed by Collins Aerospace, and are in a 3-3 configuration. Seats will feature 30″ of pitch, 18″ of width, and 5″ of recline. Seats will feature a 10″ personal television, plus a USB outlet (though no AC power). The slimline seats will also come with a contoured backrest for better support, and a four-way adjustable headrest with foldable wings. 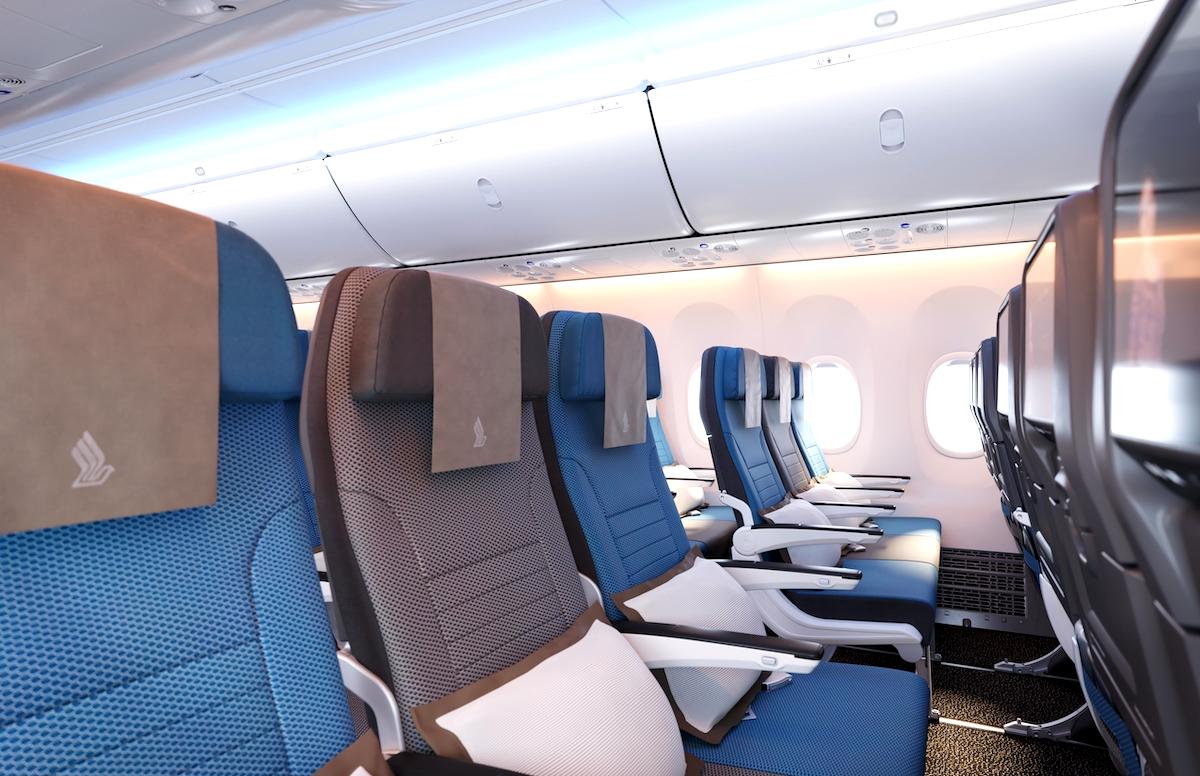 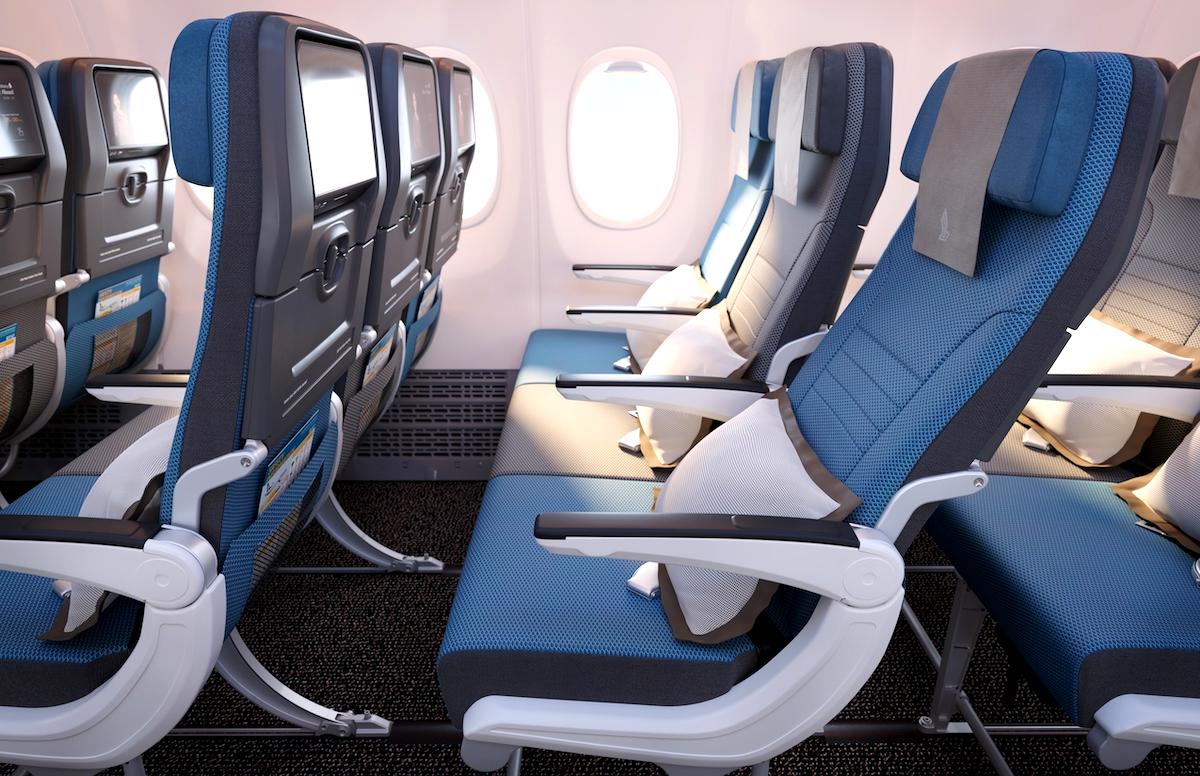 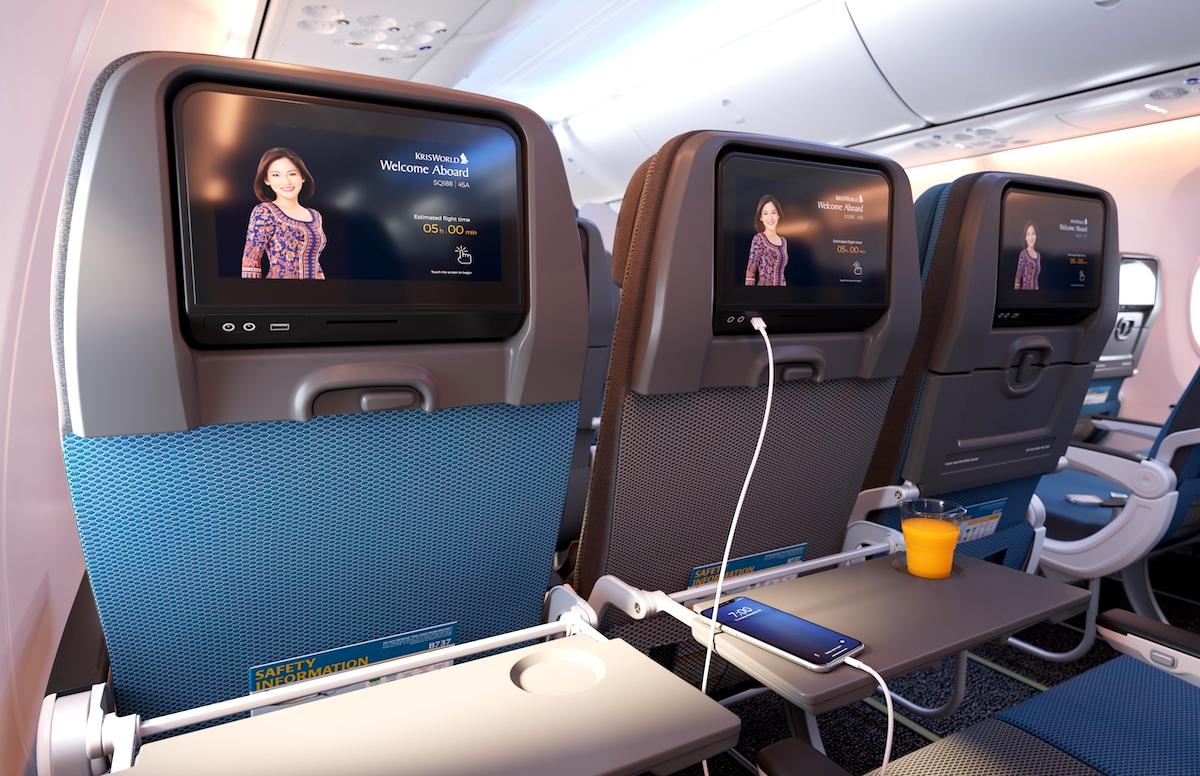 Customers will also be able to browse the selection and create a personalized playlist of movies, TV shows, and music, via the Singapore Airlines mobile app. It will also be possible to control the media playback directly from one’s personal device. 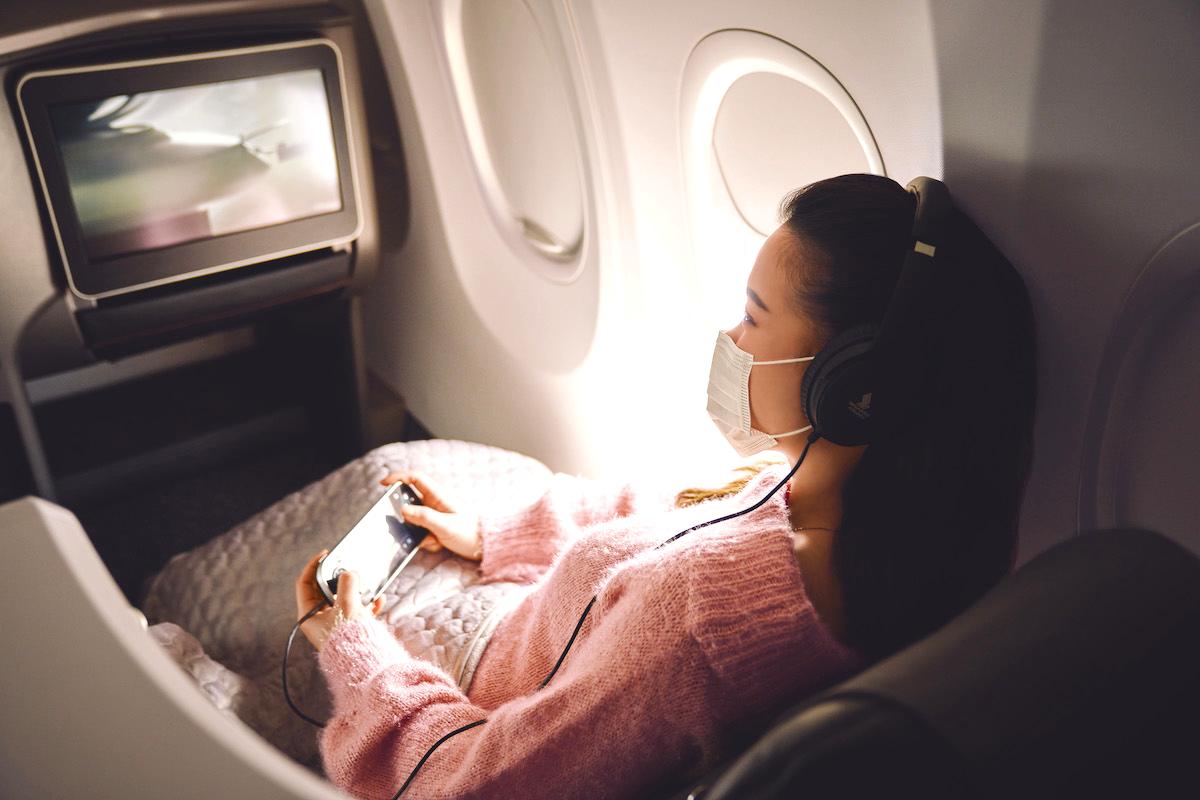 Singapore Airlines has unveiled its gorgeous new regional cabins, which will be available on Boeing 737 MAX aircraft going forward. This update comes as SilkAir has been integrated into Singapore Airlines, and in the process the airline is also improving the inflight experience on these planes.

Singapore Airlines’ 737 business class looks awesome, and I can’t wait to fly it. In economy it’s nice that there will be personal televisions, Wi-Fi, and the legendary service that Singapore Airlines is known for, but then again, slimline seats with 30″ of pitch are hard to get too excited about.

What do you make of Singapore Airlines’ new 737 cabins?